Gaurishvara is main deity of this temple, who is an incarnation of Lord Shiva. 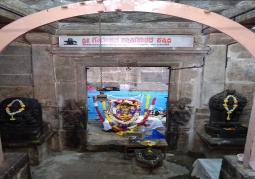 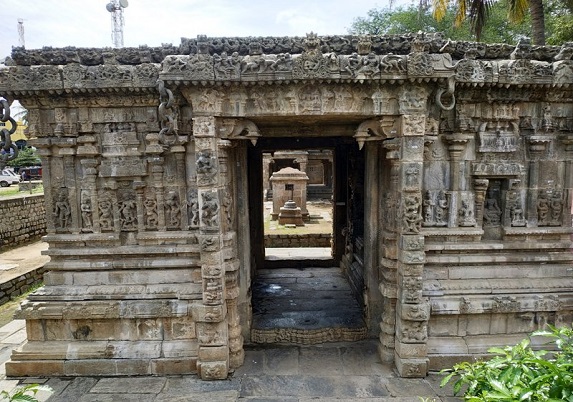 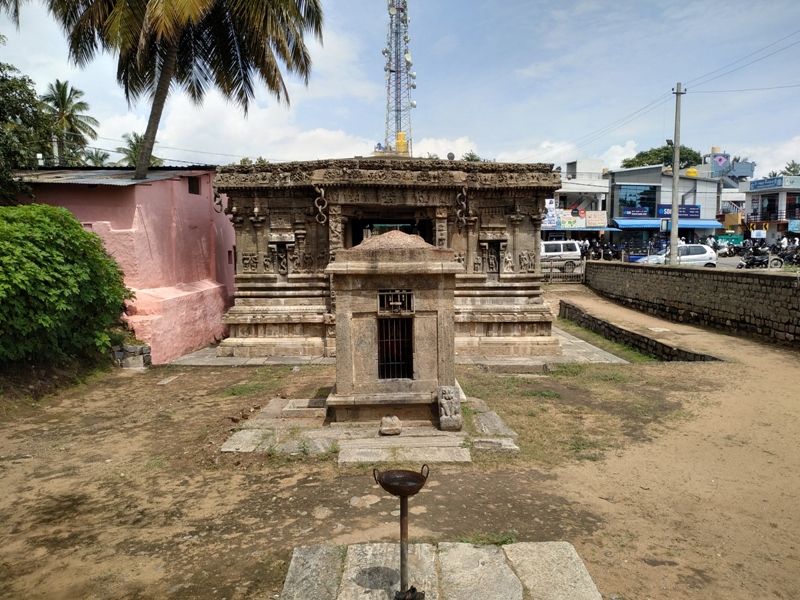 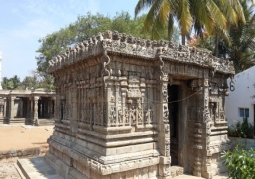 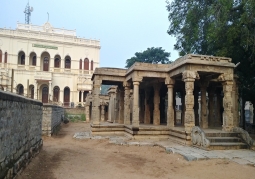 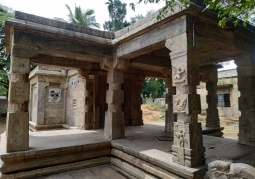 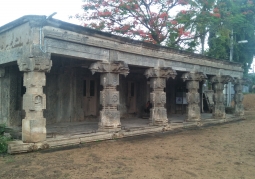 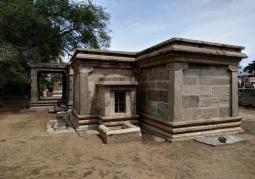 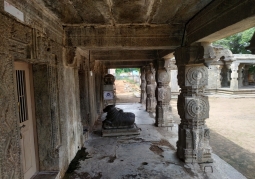 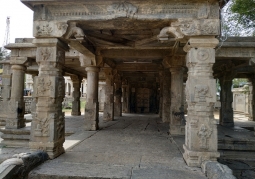 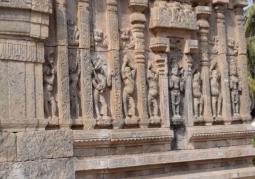 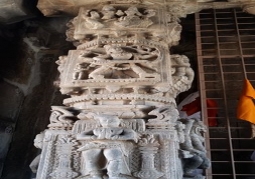 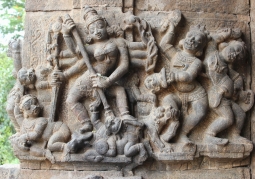 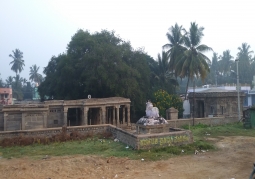 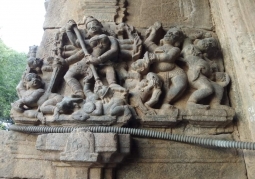 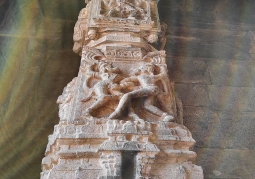 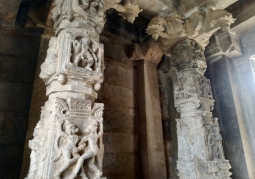 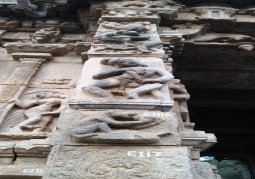 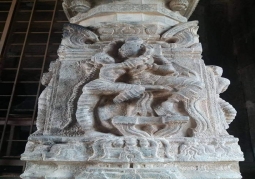 Gaurishvara is main deity of this temple, who is an incarnation of Lord Shiva.

Gaurishvara temple, an illustration of the architectural opulence of the ancient period, is simple in its portrayal. The Gaurishwara Temple was built in the Dravidian style, though it does not have the distinctive Gopura or entrance tower that marks this style. The temple also has beautiful carvings on pillars and walls depicting scenes from mythology. There are carvings of Andhakasuravadha, figures of Narasimha, Sarabha, Dhakshinamurthy, Vali, Sugriva and Kalinga Mardhana Krishna. It also has the beautiful Stone Chains that mark the Chola temples of this region. Beautiful rings carved out of stone, with no joints, hang down from the corners of the entrance. These rings look like bangles, so the Mahadhwara is known as ‘Bale Mandapa’. Bale means bangles in Kannada. It has a sanctum, an open hall that is supported by granite pillars and a grand entrance without a tower known as the bangle hall. The temple walls have a lot of carvings from the Puranas and Vedas. The walls of the entrance are heavily decorated with reliefs depicting scenes from the puranic stories and the epics. The temple has the pictures of other Hindu deities like Vishnu, Mahishasuramardini, Parvati, Ganapathi, Shanmukha, Bhairava, Virabhadra and Durga. The entrance of the temple is decorated by the chains of bangles which gives an unusual look to the temple.

The Gaurishwara Temple was built by a feudatory of the Cholas, Singadepa, who ruled this region in the sixteenth century. Devabhupala, as Singadepa was known, built this beautiful temple in 1550 A.D. Somehow, this temple was not maintained well and was allowed to get into a dilapidated state within a period of 100 years. But in 1654-55, it was rebuilt by Devabhupala’s grandson Mudhabhupa.

Well known for its Car festival and passionate art and structures

The presiding deity of the temple, was installed by the sage Vashishta

Temple was constructed in 12th Century AD by the Hoysala Kings

The dam is adjacent to the Punajanur state forests

It is famous for elephants,chital,sambhar and barking deer