Gondeshwar is the main deity of this temple, who is an incarnation of Lord Shiva. Here deity is in form of Lingam. 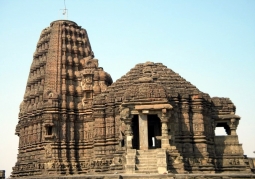 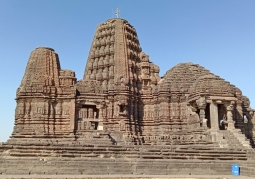 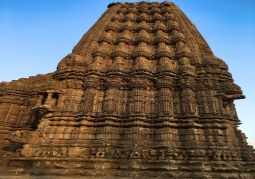 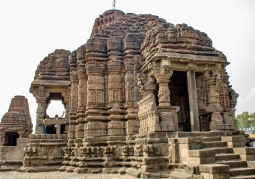 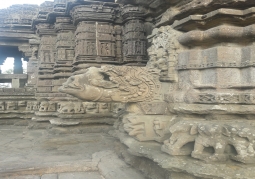 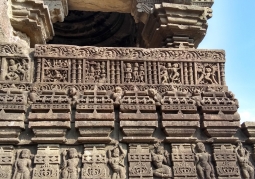 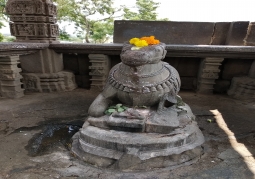 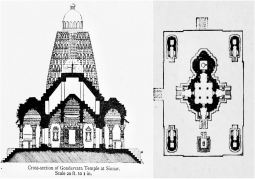 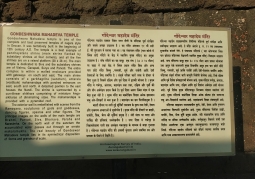 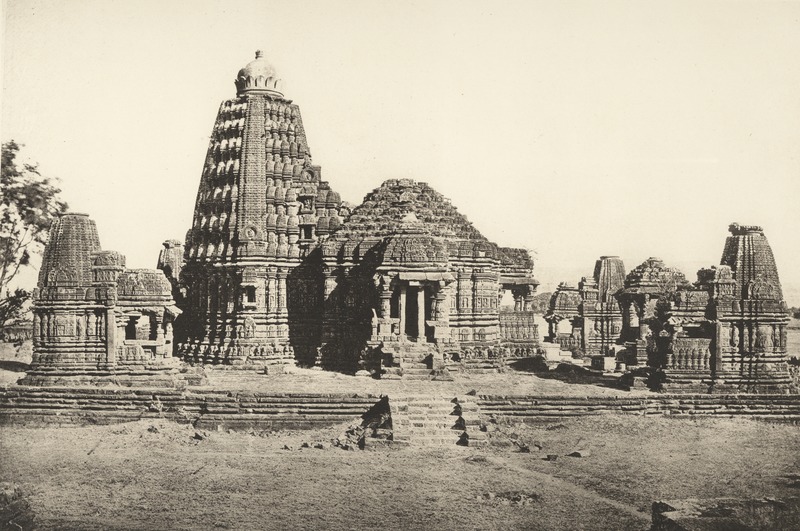 Gondeshwar is the main deity of this temple, who is an incarnation of Lord Shiva. Here deity is in form of Lingam.

Gondeshwar Temple is in the Hemadpanthi style of architecture. The most striking feature of the construction was the use black stone and lime, glorifying the local craftsmanship. The temple is truly unique in design, perfect in proportion and the stone carvings are exquisitely beautiful. The entire complex is within a walled enclosure provided with gateways on South and East. The main shrine consists of garbhagriha (sanctum), Antarala (vestibule), Mahamandapa with porched entrances on East, South and North. A detached pavilion to the East houses the Nandi, the shrine is surmounted by a curvilinear shikhara comprising of miniature Angasikharas of diminishing sizes. The mahamandapa is provided with pyramidal roof, the exterior wall is embellished with scenes from the Ramayana, sculptures of gods and goddesses, dancing figures, apsaras and other figures. The principal images on the walls of the main temple are Brahmi, Parvati, Siva, Bhairava, varaha and Narasimha. On the North wall of the sanctum the accumulated water passes out through an ornate makarmukha. The real beauty of Gondeshwar Mahadev temple lies in its symmetrical disposition of forms and grandeur of scale.

The Gondeshwar temple is built in the Bhumija style, in form of a Panchayatana complex, which features a main shrine surrounded by four subsidiary shrines. The temple is situated on a rectangular platform that measures 125 x 95 feet. The plan of the temple is very similar to that of the Ambarnath Shiva Temple, but the sculptures on its exterior walls are of inferior quality than those of the Ambarnath Temple. The temple complex was originally surrounded by a wall, which is now mostly destroyed. The main shrine is dedicated to Shiva and contains a large Linga. The shrine and the Nandi pavilion facing it are located on an elevated plinth. The mandapa (pavilion), which has porches on three sides, acts as the entrance to the temple. The shrine has a Nagara-style shikhara (tower), whose finial is no longer preserved. The temple in the Deccan style is different from north Indian temples. Here, the shikhara does not have turrets grouped around the lower part of the structure. Instead, the shikhara has a distinct vertical band rising upwards. These are along each of its angles taking the form of a spine or quoin. Moreover, the space between is filled with smaller reproductions of the shikhara. The pillared hall carved with tortoise, the Kurma Avatar of Lord Vishnu, on the ground, is small, elegant and unique in this part of the country. The walls of the temple depict scenes from the ancient epic Ramayana. The subsidiary shrines are dedicated to Surya, Vishnu, Parvati, and Ganesha: all of them have a porch. They are rectangular in plan, and include a mandapa, an antarala (vestibule), and the garbhagriha (sanctum).

Mandir was constructed in Rajasthan style of architecture

Temple was constructed in Nagara Style of architecture

Coin Museum is Most Famous Coin Collections in the World

It is popular for swings,slides and roller coasters

It appears to be rectangular in shape from its base village