The main deity of this temple is Chengallama Parameswari who is an incarination of Godess Parvathi facing South. 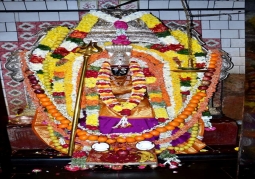 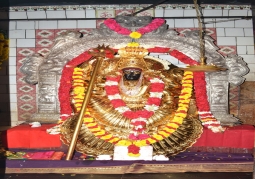 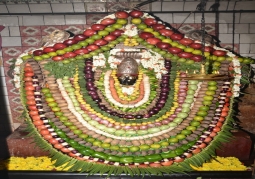 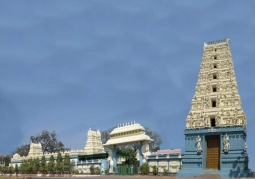 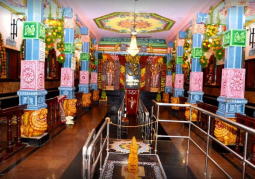 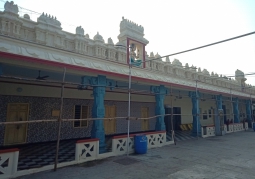 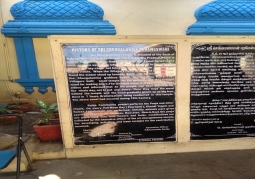 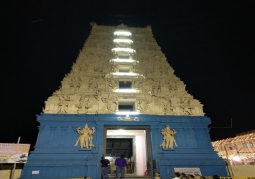 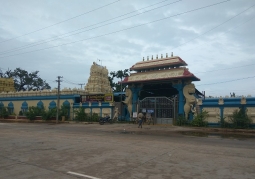 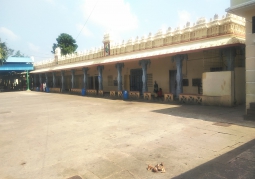 The main deity of this temple is Chengallama Parameswari who is an incarination of Godess Parvathi facing South.

The goddess at earlier days used to called as Tenkali (Dakshina Kali) later the name Tenkali replaced by Chengali and then to current name Chengalamma. Then the village formed around this temple and named it as Chengali Peta. During the British ruling, they changed the name to Sullurpeta. The temple faces South direction. There is a 7-Tier raja gopuram exqusite stucco images of various deities.

Once upon a time, that is about 10th century at Nellore district beside Kalangi river, few cow taker while swimming noticed Goddess idol, immediately they rused to the village to inform all. Further, villagers reached the place to collect the idol, to their surprise all their efforts in moving idol went vain. Next day with all the hope they approached the idol and noticed that idol is facing towards south and was standing straight. Only after performing poojas, they were able to lift the Idol. Idol was carried to the current place and installed it here. 400 years back, villagers tried to build door for the temple, at that time Goddess appeared in their dream and instructed them that she is here to give blessings to the pilgrims at all times, hence the trials for making doors should be withdrawn and temple should be opened for 24 hours. By following Goddess instructions, the villagers left the temple opened for 24 hours. Chengalamma Thalli and her Idol in the temple faces the sea.

Around the 10th century, the Chola Dynasty who ruled the region during that time, built a small hut to Sri Chengalamma by learning about goddess, who originated in the Kalangi River.