Goddesses Sridevi and Bhoodevi are consorts of Lord Venkateswara Swamy. 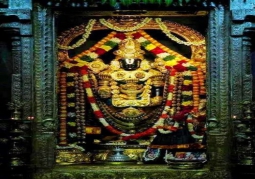 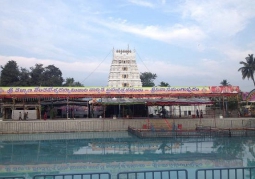 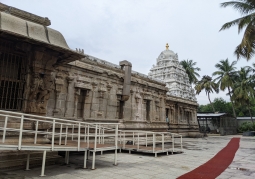 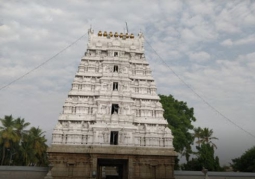 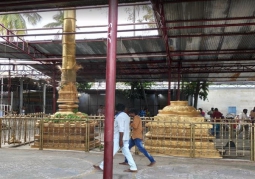 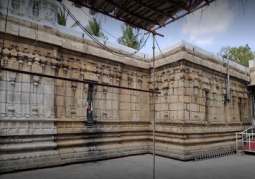 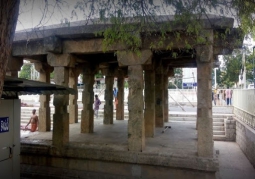 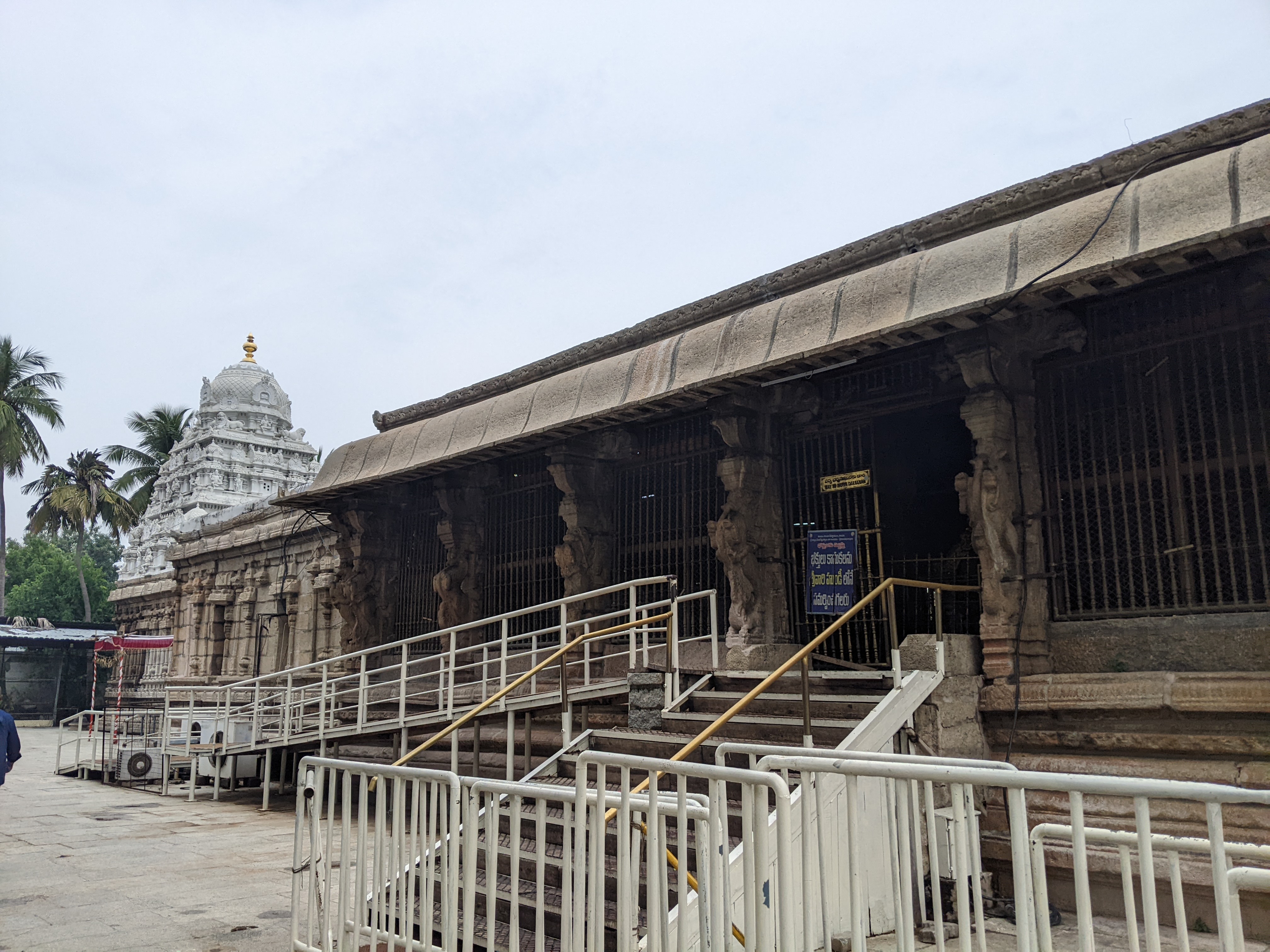 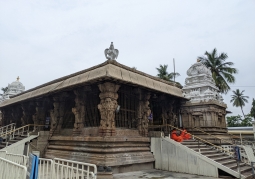 Goddesses Sridevi and Bhoodevi are consorts of Lord Venkateswara Swamy.

The Temple is situated in a big courtyard surrounded by a prakara wall and faces the East. The only entrance into the prakara in the East is surmounted by a Gopuram. As per the inscriptions on the temple, it is said that the grandson of Sri Annamacharya, Sri Tallapaka Chinna Tirumala Acharya had renovated this temple during 16th century. It was maintained by the Tallapaka Family over a long period of time. Later it came under the administration of Archaeological department, Government of India. Finally in 1967, it came under the control of TTD.

Temple has a Ardha Mandapa and Maha Mandapa, constructed square in plan with pillars and pilasters. These contain Toranas of Gaja(Elephant), Simha(Lion), Makara(Crocodile) with squarish base, hectagonal and circular parts above along with Pushpapothikas, Lotus Buds and Friezes.

After celebrating his marriage with Goddess Padmavathi, Lord Venkateswara did not return to Tirumala Hills, but instead he visited the Sage Agastya Ashram to seek blessings. Over the wish of Sage Agastya, Lord Venkateswara along with his consort stayed at his Ashram which has now become the famous temple. The divine couple stayed here for six months. While returning to the Tirumala Temple, Lord Venkateswara blessed the place with two boons.

1. The newlyweds and elderly who are not able to visit Tirumala can get the same benefits through visiting Sri Kalyana Venkateswara Swamy Temple.

2. A devotee who takes part in the Kalyanotsavam and ties a ‘Kappu’ on their hand, can find their best, most beloved life-partner or find new happiness from their existing relationship.

Temple was constructed by King Thondaman in 14th - 16th century, however it is believed that ancient temple’s destruction took place in 1324, during the reign of Sultans.