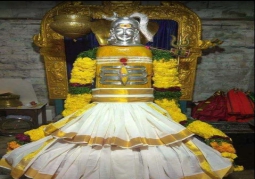 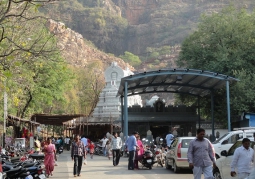 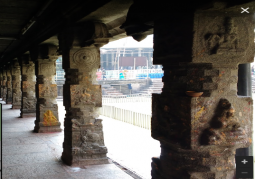 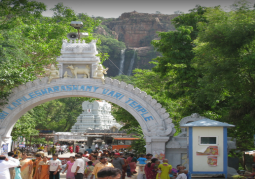 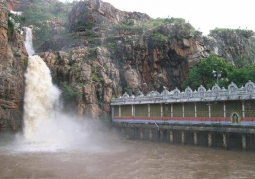 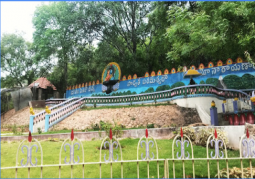 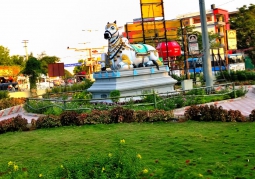 Sri Kapileswaraswami temple, Saint Kapila Maharshi was said to have lived here, worshipped and meditated in the cave in front of the idol of Lord Shiva, hence the placed is named after the saint as Kapila Theertham, Lord Shiva named as Kapileshwara Swamy. The temple is south facing temple with Dravidian Style of Architechure. Sri Kapileswaraswami Temple consists of Bali peetam is in front of Dhwaja Sthambham.

In this temple walls we can observe paintings (Cow pouring milk on Shiva Linga). Greatness of Lord Sri Kapileswara was mentioned in the Kulothunga Chola inscriptions. These are the most ancient inscriptions among all the inscriptions found in the temple and belong to the 10th century. Here there is a Ratha Mandapam. At entrance of temple, there is a big pushkarini. This pushkarini is surrounded on its three sides by pillared mandapas. The shiva lingam here is made of brass. A huge stone statue of a seated bull nandi.

Maharishi kapila, who was an ardent devotee of Lord Shiva. Pleased with his unwavering devotion, Lord Shiva along with Goddess Parvati gave him their divine darshan at this location. During the same time, a Kapila Lingam appeared out of the Earth.

According to temple legend Kapila Muni had performed penance to Shiva at this place and blessed with the Muni's devotion, Shiva and Parvathi presented themselves. It may be mentioned here that Tirumala is Kaliyuga Vaikuntam and Sri Vaikuntanathan has manifested himself as Lord Srinivasa. The scared Tirumala Hills consisting of seven peaks is considered to be seven hooded Adisesha. Before going to have darshan of perumal, one is supposed to shed his/her ill qualities like anger, desire, lust and one has to approach Lord with sattva gunam. Hence, it is recommended to go to Kapila Theertham before trekking the hills. Out of 1008 Theerthams in Tirumala, Kapila Theertham is the only Divya/Holy Theertham which is at the foot of the hill. The water springs up from Lord's right toe in one of the cliffs and hence Kapila Theertham is considered to be very sacred.

Sri Kapileswaraswami Temple is constructed between the period of 13th- 16th century by Krishnadevaraya -Vijayanagara King. Thirumala Nayak was visited this temple in 17th century. Saluva Narasimha Deva Raya, and the eternally famous Sri Krishna Deva Raya, and some of the later rulers like Venkatapathi Raya, and Aliya Ramaraya, Sri Krishna Deva Raya's son-in-law. The Pallava Kings, Vijayanagara Kings, Tirumala Mahants and so many others developed this historically and sacred temple.