The main deity of this temple is Shri Sangamanatha, who is an incarnation of Lord Shiva facing in East direction. Lord Sangamanatha is in the form of Lingam which is believed to be Swayambhu lingam. 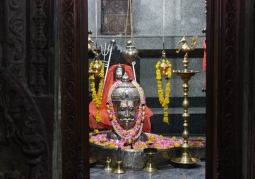 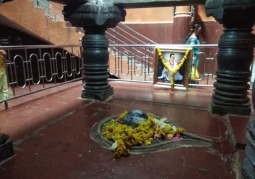 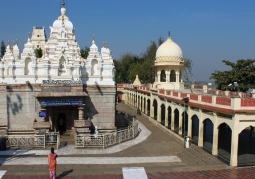 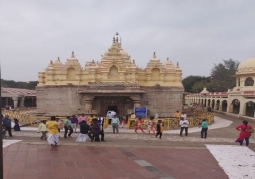 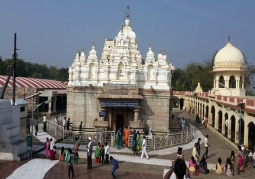 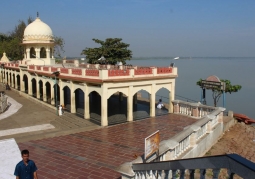 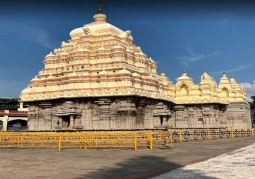 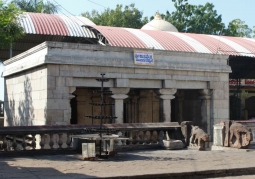 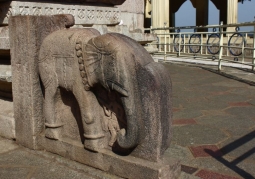 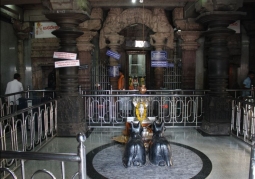 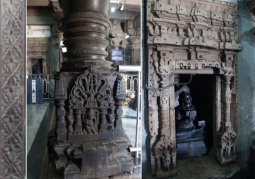 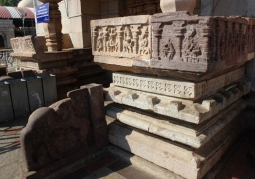 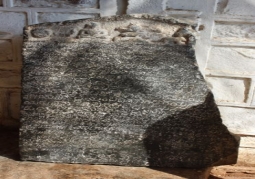 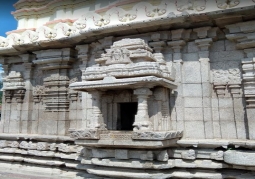 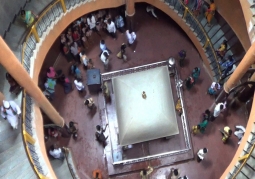 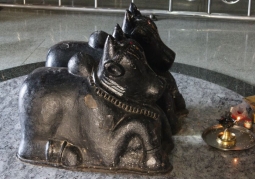 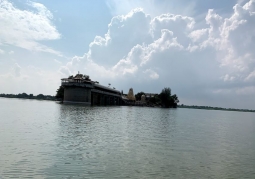 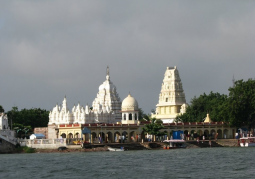 The main deity of this temple is Shri Sangamanatha, who is an incarnation of Lord Shiva facing in East direction. Lord Sangamanatha is in the form of Lingam which is believed to be Swayambhu lingam.

The name Sangameshwara comes from the fact that this temple is situated on the meeting point of two rivers. The temple is facing in East direction. The temple has a 3 tier Raja gopuram. The Garbhagriha door-frame has multiple rings and includes pair of Dwarapala. Garbhagriha is preceded by a Torana, an arch rich in design depicting floral designs and animal figures. Basaveshvara built a high cement concrete dry wall, designed round the structure to protect it from the waters. Beside the main temple is a mandapa, houses a Shiva lingam and cement concrete has been built around the lingam to protect it from the submersion. The temple has a Thirtham - Krishna River, During the festival of Mahashivratri, thousands of pilgrims take a dip at Kudalasangama, before going to the Shiva Linga, to seek blessings of Lord Shiva. Temple is built by Sandstone.

Eight hundred years ago, there lived a couple by name Madarasa and Madalambike in a village called Bagewadi of Bijapur District, in Karnataka, (South India). They were very pious and deeply religious. There was a temple of Nandeeshwara in that village. The husband and the wife were devotees of Nandeeshwara. Madalambike had a daughter named Nagamma and she was longing to have a son. She offered worship every day to God Shiva and prayed to Him to fulfill her desire. One day after performing the worship she sat in meditation. A jasmine flower, placed on the Shivalinga as an offering, fell into her lap. She took it with great devotion, pressed it gently to her eyes and then wore it in her hair. The whole day she was beside herself with joy and that night she had a dream. Shiva from Kailasa had sent Nandi, the bull on which he rode, to this world. Nandi came to the house of Madarasa and Madalambike. The next morning Madalambike revealed this dream to Madarasa. He, in turn, reported it to the Guru, a spiritual guide of the village. The Guru told him that it was a good sign. The couple would have a worthy son, he would exalt the entire family. He would also uplift and enlighten the whole world. The couple felt very happy when they heard these words of prophecy. In course of time, Madalambike gave birth to a son. It was a charming baby. Its face shone with a brightness, not of this world. The Guru then said By the grace of God Shiva, Nandi (also known as Vrishabha) himself has been born as your son. He will become a great man and will promote Dharma in the world. He will accomplish the welfare of the entire mankind. This indeed is your good fortune as also of this land. Name him as 'Basava'. Basava became the revolutionary who taught that right conduct is heaven. He declared that engaging in work is itself Heaven and taught the ideals of simple living and the equality between men and women. People called him Anna (Big brother) because he practiced what he preached.

The temple is built by Chalukyas in 12th Century. Chalukay’s and Basaveshvara are the contributors of this temple.

Durga is the protector of the fort here

The temple is dated to the 6th or 7th century CE