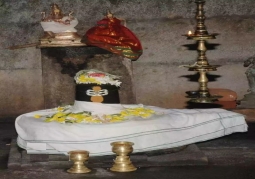 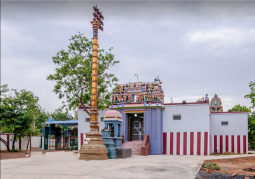 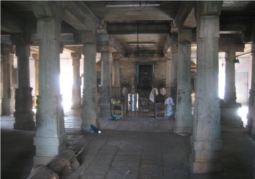 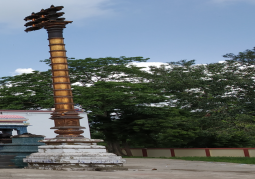 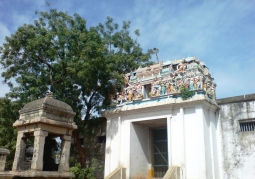 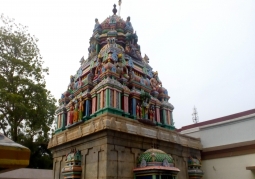 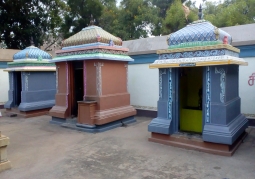 Lord Shiva gave Sundararamurthy Nayanar a walking stick (Oontrukol), hence the lord here is named “Oontreeswarar”. The temple has two entrances at East and South directions. The entrance has a flat entrance tower facing South direction acts as the main entrance now a days. The temple was built in Dravidian style of architecture. No main tower (Raja gopuram) but has arches on South and East sides. This temple has two corridors. A beautiful new flag post (Dwajasthambam) was also erected here during this recent consecration ceremony. The shrines of Vinayaka, Murugan, Navagraha, Chandikeswara and Durga are located around the precinct of the main shrine.

There are inscriptions from later Chola emperors like Rajaraja Chola-I (985–1014), Kulothunga Chola-I (1070–1120) and Rajendra Chola-III (1246–1279). The central shrine is approached through a Maha mandapam and Artha mandapam. There is a koneru in this temple called as theertham (Holy water), Kailaya theertham. The Panchaloha (metal) idols of somaskanda are located behind the main deity.

The legend is that Saint Sundarar left Thiruvotriyur to proceed to Thiruvarur after abandoning his wife Sangili Nachiyar and breaching the promise that he had made to her. On his way to this temple, it is believed that he lost his eye sight due to his failure of keeping his promise to Sangili Naachiyar. While entering the temple, he asked the lord in annoyance whether he was inside and further argued that if the lord cannot solve his devotees problems, then what is the reason for his being there? he further pleaded to the lord to restore his vision for which Lord Shiva politely replied “yes I’m inside”, but instead of restoring his vision, he gave Sundarar a walking stick and asked him to leave. Angered and dejected Sundarar threw the stick back which hit the Nandhi’s right horn and broke it. You can see the idol of Saint Sundarar with closed eyes and a sad expression on his face and holding a stick in his left hand. The idol of Nandhi can be seen with its right horn broken. Both these idols are in front of Lord Shiva’s shrine. In Sundarar’s pathigam at this temple, it is evident that Sundarar was heartbroken when the Lord Shiva refused to restore his vision. At this place, Lord Shiva replied to Saint Sundarar by saying “Ulom Pokeer”. It is believed that this could be the reason why this place got its name “Thiru vulam-pudur”.

The temple was contributed by Hindu Religious and Charitable Endowments Department of the Government of Tamilnadu. It is said that Goddess Parvathy helped him reach Kancheepuram by providing him light by the way of flashes of lightning. Hence, she is praised here as “Minnoliyammai” (Minnal in Tamil means lightning). It is further said that Goddess Parvathy consoled Sundarar by saying that life goes in accordance with one’s good or evil deeds and assured him that he would get back his vision in the due course of time. Hence, she is also praised as “Kanivai Mozhi Nayaki” the goddess who gave assurance.

The present masonry structure was built during the 16th century. The temple was relocated here (Poondi) by the authorities in 1968. Earlier this Shiva temple was situated on the banks of river Kusashthalai in a village called Thiruvulampudur. During the year 1942, Tamilnadu Government acquired and took over many villages including Thiruvulampudur for construction of the Poondi water dam. The Government provided alternative land at Thiruvenpakkam (Poondi) for construction of a new temple in place of the old one at Thiruvalampudur. The idols of deities except the moolavar, pillars and sculptures were removed from the old temple of Thiruvulampudur and reinstated at the new location. For this new temple, the consecration ceremony (Maha Kumbabishekam) took place on 5th July, 1968. It is further said that some portion of the old temple’s main tower can still be seen from the banks of the Poondi Lake. It is said that the second consecration of this temple took place in the year 2000. Recently, this temple was renovated and on 14th September, 2016 the third consecration ceremony took place. The original complex is believed to have been built by Cholas.

You can find best fish from Thazankuppam Pier