Here Pallikondeswara Swamy consort, Goddess Parvati is in the sitting position with the Lord's head on her lap along with Kamadhenu (the celestial Cow) and Kalpaha Vruksham (believed to be a holy tree known for granting boons to devotees) on either sides.

The best season to visit Surutupalli is Winter season. The best months to visit are September to February. 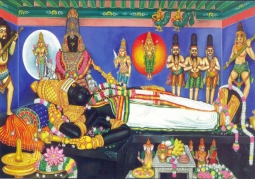 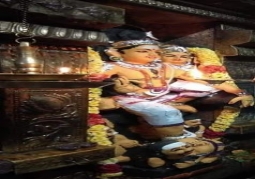 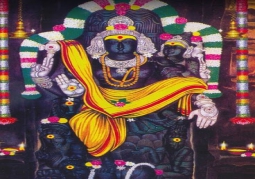 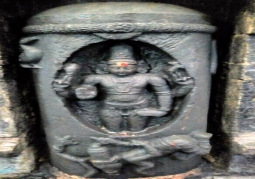 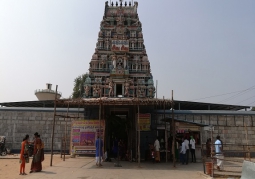 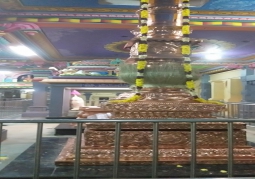 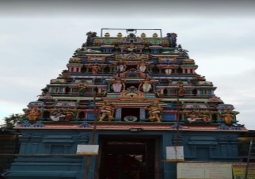 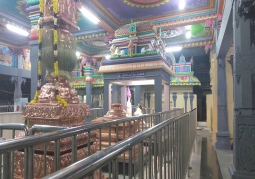 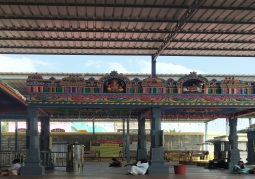 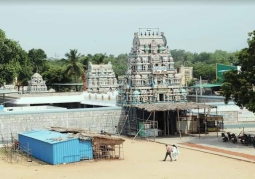 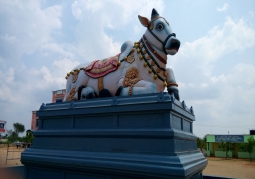 Here Pallikondeswara Swamy consort, Goddess Parvati is in the sitting position with the Lord's head on her lap along with Kamadhenu (the celestial Cow) and Kalpaha Vruksham (believed to be a holy tree known for granting boons to devotees) on either sides.

The best season to visit Surutupalli is Winter season. The best months to visit are September to February.

The name Surutapalli comes from the fact that Lord Shiva is rested at the lap of Goddess Parvathi feeling little dizzy after consuming poison during the churning of Milky Ocean – Palli means Resting, Surutta means a Little Dizzy. Pallikondeswara Swamy temple faces East ditection. The temple is an Dravidian Style of Architecture.

The temple three tier Raja Gopuram renovated recently to five tier with sculptures of hindu deities. Lord Dakshinamoorthy is seen only alone in most of the temples but here he is present with his consort Taara in the outer wall of the Valmiki Eswaran Shrine.

Once Indra lost his kingdom and found that only if he consumed the Divine Nectar he could rule. So there was a tug of war between the Devas and Asuras to obtain this Nectar. As they were churning the Ocean, before the Nectar came the Poison. So there was complete pandemonium. Lord Shiva then swallowed the poison and came to be called Nilakandan. A stunned Parvathi quickly stopped the poison at the throat. Shiva then became drowsy and selected Surutapalli, where he is seen sleeping on the lap of Parvathi. During the Samudra Mathan between Devas and asuras for obtaining the Amrita (elixir of immortality), poison came from the mouth of Vasuki (King of Serpents). The Poison was so toxic that it might have destroyed the entire universe. To avoid that Lord Shiva drank the entire poison. Seeing this, Goddess Parvati came and put her hand on the throat of Lord Shiva for stopping the poison from spreading the entire body. Due to that the poison remained in he throat and Lord Shiva's throat became blue in colour. Therefore, Lord Shiva is also called as Neelakantha (the blue-necked one). Lord Shiva felt dizzy after that and he rested his head on the lap of Goddess Parvati and the whole went dark. As soon as the effect of poison diminished, Lord Shiva opened his eyes. Devas and Asuras came to meet Lord Shiva after that, however, Nandi (Sacred Bull) did not gave them the permission to see Lord as he was resting and asked to wait. Later, pleased with the prayers, Lord Shiva gave the darshan. This period when Lord Shiva gave them darshan is known as Pradosha Kalam.

It is here the Prodhosha Kala Pooja has begun since ages. By performing this Prodhosha Kala Pooja everyone will find complete solutions and get rid of poverty, ill health and will be bestowed with wealth and prosperity. This is one of the most auspicious pooja in the hindu dharma. Related to Shiva Skanda Purana Prodhosha is the worship of Lord Shiva and Goddess Parvati when both are in an extremely propitious mood. Prayers during this period will fulfill one’s desires and bring happiness in life.

Kanchi Mahaperiyavar camped here for 40 days in 1976, he showed a particular place and asked people to dig it. When they did, they found this stone and Mahaperiyavar disclosed that the footprints are those of Rama’s Twins Lava and Kusa. This temple was built by Vijayanagara Emperor Vidyaranya in 10th century. Sri Jayendra Saraswati and Vijayendra Saraswati performed the Kumbabishekam of the temple on June 23, 2002. Along with it started the temple renovation.