The main deity of this temple is Renganathar and also known as Uthra Ranganatha Swamy. Here Lord is incarnation of Lord Vishnu and faces in East direction. 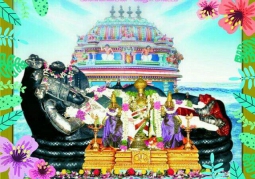 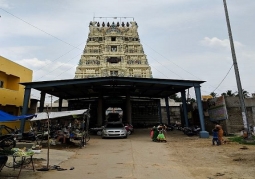 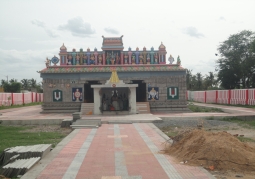 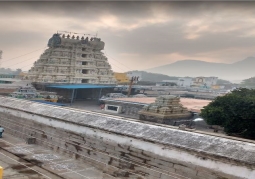 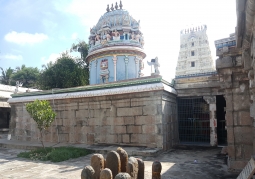 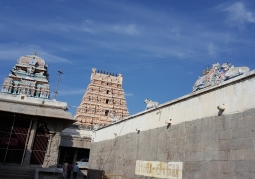 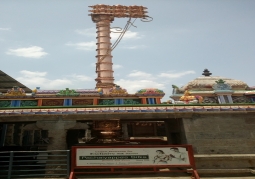 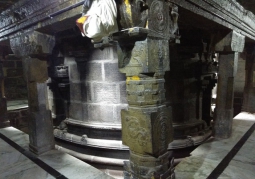 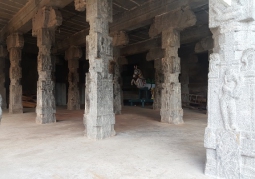 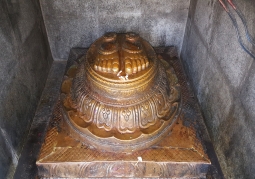 The main deity of this temple is Renganathar and also known as Uthra Ranganatha Swamy. Here Lord is incarnation of Lord Vishnu and faces in East direction.

The temple has a 5-tier Rajagopuram. The sanctum sanctorum is in circular shape. As per the 12th Century inscriptions, Vikrama Chozha (1122- 1135 A.D.), son of Kulothunga Chozha-I, Samburayars, Vijayanagaras had contributed a lot to this temple. The Kulasekara Sambuvarayar as per Kulothunga’s order, gave tax relief to the Villages Keezhivichur,Veppur, Thakadoor, Nadalvanpattu, Arasur, Anjadaiperumanallur, Ulagukachi. The sanctum sanctorum consists of sanctum,antarala and arthamandapam. There is a replica of Sri Ranganathar small shrine in the arthamandapam, manda called Chotta Ranganathar. Sannadhi for Alwars in muka mandapam. Vyasa Pushkarani is Located at front of temple north east corner. The idol of the Lord is made of Salagrama stone.

According to the Sthala History, There lived a king called Amba Raja who was ruling this part of the country called Thiruvedhimangalam (today’s Pallikonda). He has been highly victorious and was enjoying all the worldly pleasures as a king. Having fed up with materialistic life, he one day realized that the purpose of his birth is only to get the Dharshan of Sri Maha Vishnu. He started worshipping Maha Vishnu for years together and was eagerly waiting to have his Dharshan. Years rolled by, but there was no sign of God appearing to him. He got frustrated and attempted suicide. While he was trying to commit suicide, a heavenly voice from the sky told him to be patient and to continue his prayers so that he will soon get the Dharshan of God. The king became happy and continued his worships. After stopping Saraswathi from disturbing Brahma’s Yagam, Lord Vishnu came back to Pallikonda and gave Dharshan to Amba Raja. The king asked for a boon that the God should settle here and give Dharshan to everyone visiting this place. As the God settled here during his act of uniting Brahma and Saraswathi, the king prayed that He should grant boon for unmarried people and the separated couples visiting here. Lord Ranganathar agreed to it and granted his wish. Even today, it is said that unmarried men or women who worship Lord Ranganathar here, get married soon. Also, the couples, who have quarrels or separation in married life, get united upon worshipping Lord Ranganathar here.

Mothers Mahalakshmi and Maha Saraswathi once had a debate about the supremacy of the one over the other. They approached Lord Brahma who said Mahalakshmi is superior. So, Devi Saraswathi got angry and left Brahma, came to Nandhi Durga hills and began penance to attain supremacy. Meantime, Lord Brahma organized a Yagna dedicating to Lord Vishnu. As a rule, such rituals should be performed along with wife by the side. Brahma invited Saraswathi to join him the Yagna but She refused. Brahma created Savitri with the attributes of Maha Saraswathi, married her and began the Yagna which further infuriated Mother Saraswathi. To destroy the Yagna, Saraswathi took the form of a river, Sheera Nadhi or Palar River and began to flood furiously. Brahma prayed to Lord Vishnu to stop the flood and save the Yagna. On Brahma request, Lord Sri Vishnu took Reclining Form on Adhiseshan at three sacred places in front of the flood and stopped it and the Yagna also got completed successfully. The first place where Lord took reclining Form is Pallikonda which is also known as Vada Arangam, the second place is Thiruparkadal near Kaveripakkam and the third is Tiruvekkaa or Yathothkari Perumal (Sonna Vannam Seitha Perumal) Temple in Kanchipuram.

Once Indra got Brahmaharthi Dosham, then as per Kashyapa Rishi's advice Indira took sacred bath in this temple pond "Vyasa Pushkarani" for one year and got rid of the Dosha. During foreign invasions, original Ranganathaswamy was hidden and replaced with a small idol of Sri Ranganathar known as Kasthuri Ranganathar or Chotta Ranganathar. Even today Pujas are performed to this Chotta Ranganathar. The temple was built by 12th Century and recent renovation is done is 2008 and the temple was Built by Krishna Deva Raya, Vikrama Chozha-I, Vijayanagara kings, Kulasekara Samburvarayar king.