Here Goddess Parvathi is known as Balakujambal, she is consort of Lord Shiva. Goddess is faces East direction. 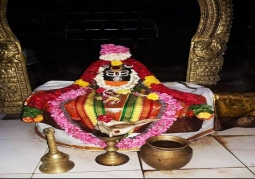 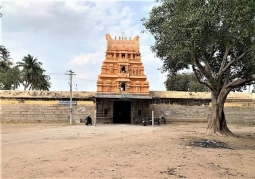 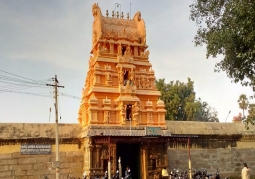 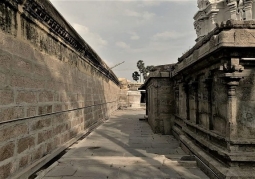 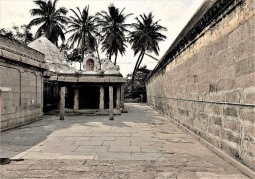 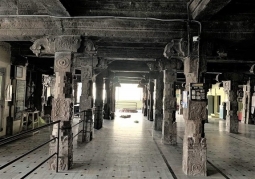 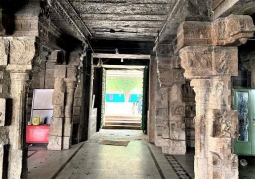 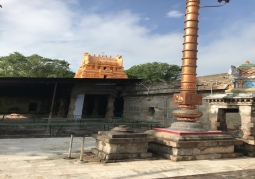 Here Goddess Parvathi is known as Balakujambal, she is consort of Lord Shiva. Goddess is faces East direction.

Vasishta Muni installed Shiva Lingam in this temple. Hence temple is called as Vasishteswarar Temple. There is a small sculpture of Vasishta Muni in the temple in standing posture and temple facing East direction with 3 tier Rajagopuram on the South direction. Here Lord is seen in Kalyana Kolam and Vesara vimana is above the sanctum. A stone inscription says the temple is more than 1000 years old. Later in the year 1169 A.D. by Veera Sampanna Sambuvarayar constructed Maha mandapam, Artha mandapam and Main sanctum of this temple. The Adhistana also has the 16th to 17th Century Nayak period inscriptions speaks about donations made to this temple. Vasishta Maharishi is in the Arthamandapam facing moolavar. A Nayak period mandapam is between Sanctum entrance and the Rajagopuram. The sanctum sanctorum consists of Sanctum Antarala and Arthamandapam. Kalyana mandapam has plenty of beautiful sculptures. Temple has a Puskarini located at North direction.

Once Goddess Parvathi penanced at Kanchipuram (Prithvi Sthalam) which is one of the Pancha Bootha Sthalam. Lord was pleased with her penance and married her. Rishi’s and Devas from heaven came down to Kanchi, to participate in the heavenly marriage of Lord Shiva and Kamakshi Ammai. The place was so crowded, Rishi’s who came to participate in the marriage stayed in the forest near to Kanchipuram. They had to perform their daily rituals unobstructed. Each one of them choose a place in the forest to worship Lord Shiva. All six places where they worshiped are known as Shada Aranyam. Since Six Rishi’s worshiped Swayambu Lingam in these six places it is considered holy to visit and worship Lord Shiva here.

The temple was built by Verra Sampanna Sambuvarayar in 1169 A.D. and renovation is done in 2009. Nayakas Arunagirinadhar sang Thirupugazh on Lord Subramanyar of this temple.