This temple is dedicated to Sri Veda Narayana Swamy is an incarnation of Lord Vishnu. He faces West direction. The idol inside the sanctum is an image of the Matsya form of Lord Vishnu holding the Sudarsana Chakra. Maha Vishnu here is flanked by Sridevi and Bhudevi.

Sri Veda Valli is the consort to the main deity here.

The best season to visit Nagalapuram is the Winter season. The best months to visit are October to March. 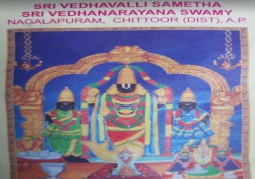 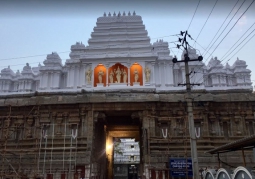 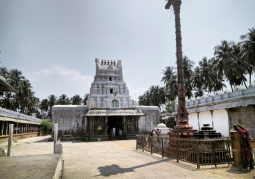 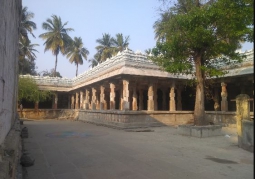 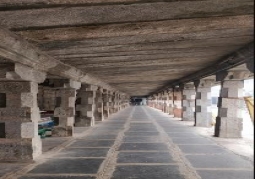 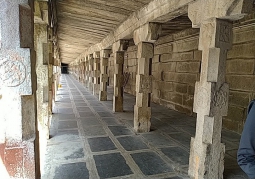 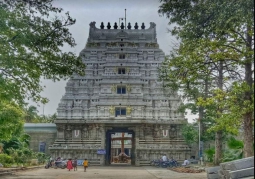 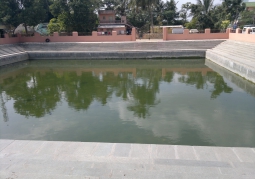 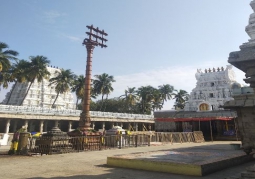 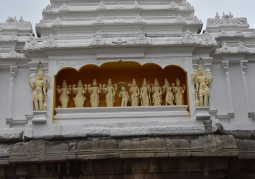 This temple is dedicated to Sri Veda Narayana Swamy is an incarnation of Lord Vishnu. He faces West direction. The idol inside the sanctum is an image of the Matsya form of Lord Vishnu holding the Sudarsana Chakra. Maha Vishnu here is flanked by Sridevi and Bhudevi.

Sri Veda Valli is the consort to the main deity here.

The best season to visit Nagalapuram is the Winter season. The best months to visit are October to March.

In Treta Yuga when Somakasura stole the vedas and escaped into the ocean, Vishnu in the incarnation of a large fish killed the demon and retrieved them. When Bramha could not find vishnu in vaikunta he came in search of him and found the God here, so it is called Harigandapuram. When Vishnu gave the four Vedas to Bramha and Bramha began to propagate them, it came to be called Chaturvedi Mangala Nagapudoli and God is named as Vedanarayana Swamy. The temple faces West direction and built in Vijayanagara style of architecture.

The first glimpse of the temple Gopuram gives us the darshan of the Dasavathara on the temple Gopuram. As we cross the first gopuram which is huge. Entering in to the next gopuram, there are very wide and big prakarams of the temple are observed. In front of the temple there is a Dhwaja Stambham. There are also the sculptures of Vigneshwara and other Gods, on the outer wall of the sanctum. Koneru is located in sannidhi street, 450 m from temple.

According to legends, this is the place where Lord Vishnu took the form of a fish to go underwater and retrieve the vedas after defeating the demon Somaka. Lord Vishnu has killed the demon Somakudu to retrieve Vedas from his control at this place. The demon Somakudu has stolen Vedas coming out from the mouth of Lord Brahma while sleeping with his mouth kept open and hid himself in the deepest of the oceans. Fearing the worst, Devathas prayed Lord Vishnu to do something and retrieve the Vedas stolen by Somakudu. It was mentioned in the Puranas that Pralayam occurs at the end of every Kalpa and creation is again started by Lord Brahma with the help of plants, seeds, herbs and animals so that they would continue to exist in the new creation. The duty to collect all these necessary plants, seeds, herbs was given to King of Dravidas a “Satyavrata” one of the devotees of Lord Vishnu. So, Satyavrata who was later known as Manu was offering water during Sandya Vandanam to complete his responsibilities given by devatas. At the time of Sandya Vandanam by Satyavrata Lord Vishnu existed in the form of a small fish in the hands of Satyavrata. But Satyavrata was not able to bear the fish came in to his hands. Later he found that Lord Vishnu has appeared as fish in his hands and prayed him to know the reason. Then Lord Vishnu left from Satyavrata replying him on the occurrence of Pralayam. Lord Vishnu also told him to get in to the spacious boat that come to you by collecting all variety of seeds, accompanied by Seven Saints along with Serpent Vasuki and other animals. So, Lord Vishnu completed his mission to recollect Vedas from Somakudu by returning to water from Satyavrata’s hands. Later Lord Vishnu gave Vedas to Brahma to create life with the help of Satyavrata. Pralayam started with the ocean began rising and a boat came near Satyavrata. Then Satyavrata tied the boat to the fish he left in the ocean using “Vasuki” as rope and sailed on rising oceans with his collections throughout Pralayam. Thus Lord Vishnu saved the mankind from pralayam known as dissolution. Matsya Puranam, the collection of answers given by Lord Vishnu to the questions raised by Satyavrata and other Sages has evolved during this time. A temple was built at this place commemorating the retrieval of Vedas by Lord Vishnu in the form of fish or Matsyavatara.

The temple was built in 14th Century A.D. Sri Krishnadevaraya, the emperor of Vijayanagara determined to built the temple. Temple received a huge number of contributions from Vijayanagara, Cholas and Pallava Kings. Sri Sankara Vijayendra Saraswathi Swamiji went to Nagalapuram with a team of researchers to study the inscriptions, architecture and sculpture. Latest renovation in the temple was made during the year 2014-15.