Mahakuteshwara is the main deity of this temple, who is an incarnation of Lord Shiva. 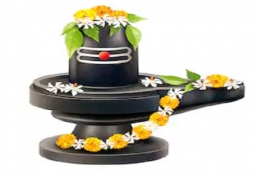 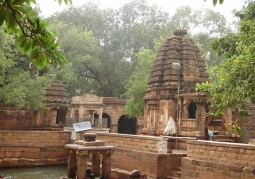 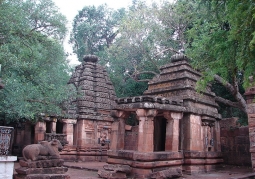 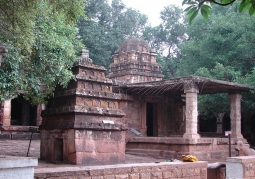 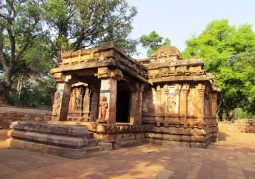 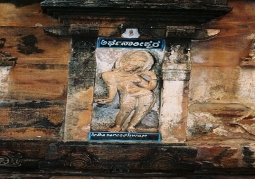 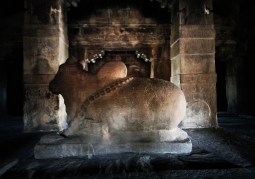 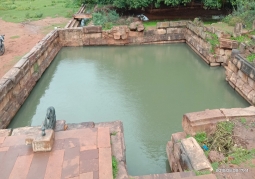 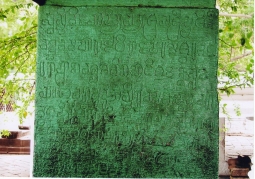 Mahakuteshwara is the main deity of this temple, who is an incarnation of Lord Shiva.

Mahakuta means Great Group and this name is given to the place because of a large number of Lord Shiva temples in the same complex. This temple was facing in East direction and the walls are decorated with amazing unique carvings of famous gods. The Nagara style temples use a curvilinear tower over sanctum which has a square plan and is capped by a ribbed stone. A natural mountain spring flows within the temple complex and natural water spring fed tank known as Vishnu Pushkarini. There is a small shrine in Vishnu Pushkarni with a four-faced Shiva lingam.

Inscriptions - The Mahakuta complex has provided historians two important 7th century inscriptions. The Mahakuta Pillar inscription, dated variously between 595–602 CE records a grant made by Durlabhadevi, a queen of Pulakeshin I (the father of king Mangalesha). The queen supplemented an earlier grant with an endowment of ten villages, including Pattadakal and Aihole to god Mahkuteshvara Natha. In addition, the inscription provides important information about the Chalukyan lineage, their military expeditions, their conquests and early monuments. The pillar goes by the name Dharma-jayastambha ("Pillar of victory of religion") and is on exhibition at a Bijapur archaeological museum. The other inscription, ascribed to Vinapoti, king Vijayaditya's concubine, is inscribed in the porch of the Mahakuteshvara temple. It describes a grant of rubies and a silver umbrella to the deity Mahakuteshvara in addition to a piece of land.

The daughter of Devdas, king of Benares was born with the face of a monkey and her father was directed in a dream to take her to bathe in the Mahakuta pond. He brought her and built the temple of Mahakuteshwar.

The temples are dated to the 6th or 7th century CE and were constructed by the early kings of the Chalukya dynasty of Badami.

Durga is the protector of the fort here