Someshwara is the main deity of this temple, who is an incarnation of Lord Shiva. Here deity is in form of Lingam. 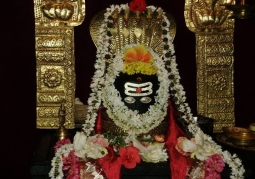 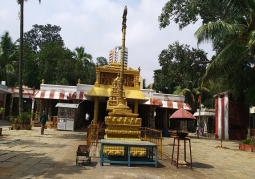 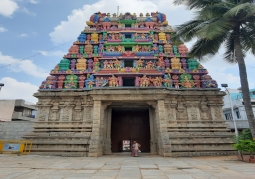 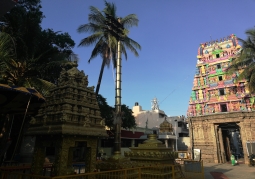 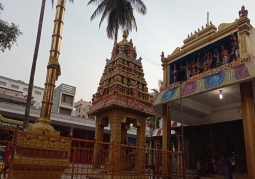 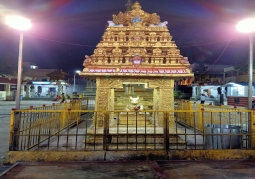 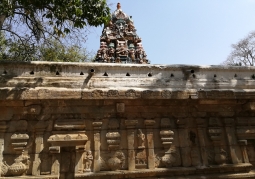 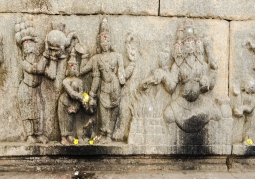 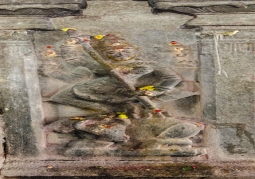 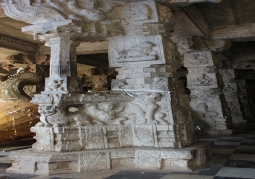 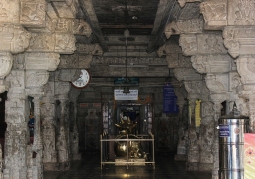 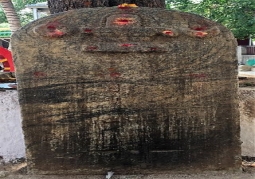 Someshwara is the main deity of this temple, who is an incarnation of Lord Shiva. Here deity is in form of Lingam.

Temple walls : The walls are sculpted with several images,sculptures that depict King Ravana lifting Mount Kailash in a bid to appease the god Shiva, Durga slaying Mahishasura (a demon), images of the Nayanmar saints (Tamil Shaivaite saints), depictions of the Girija Kalyana (marriage of Parvati to the god Shiva), the saptarishis (seven sages of Hindu lore).

In the "Gazetter of Mysore" (1887), Benjamin Lewis Rice describes a legend behind the consecration of the temple. Kempe Gowda, while on a hunt, rode far away from his capital Yalahanka. Being tired, he rested under a tree and fell asleep. The local deity Someshwara appeared to him in a dream and instructed him to build a temple in his honor using buried treasure. In return the chieftain would receive divine favor. Kempe Gowda found the treasure and dutifully completed the temple.

According to another version of the legend, King Jayappa Gowda (1420 -1450 CE) from a minor dynasty of the Yelahanka Nada Prabhus was hunting in a forest near the present Halasuru area, when he felt tired and relaxed under a tree. In a dream, a man appeared before him and told him that a linga (universal symbol of the god Shiva) was buried under the spot where he was sleeping. He was instructed to retrieve it and build a temple. Jayappa found the treasure and initially built the temple out of wood.

Someshwara Temple was built in between 12th and 13th centuries by Chola Empires, Hoysalas. The temple underwent major modifications and additions were made during late Vijayanagara dynasty and during the rule of Hiriya Kempe Gowda-II.

This famous, venerable Hindu temple with ornate, colorful details is dedicated to the Pandavas

This temple is more than 800 years old

The Nandi idol measures about 15ft in height & 20ft in length

The temple is the presence of a rare idol of Agni

It was constructed in rich Chola temple architecture style

Total area of the Government aquarium is 2700 sq.m.

A portrayal of Bravery and Dexterity

Only park that generates its electricity from wet waste

Dedicated to our Father of the nation, Mahatma Gandhi

One of the oldest lakes in the city