Here Goddess is known as Yellamma, is an incarnation of Goddess Parvathi.

The best season to visit Kalikiri is Winter season. The best months to visit are September to February. 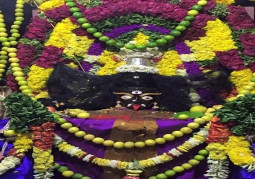 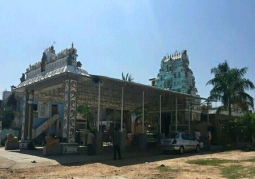 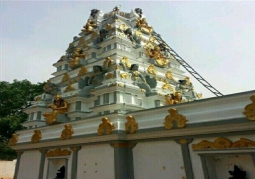 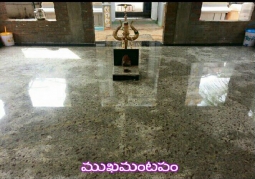 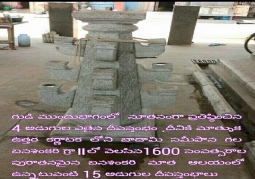 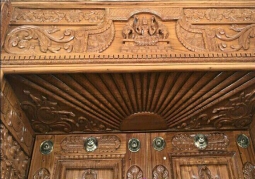 Here Goddess is known as Yellamma, is an incarnation of Goddess Parvathi.

The best season to visit Kalikiri is Winter season. The best months to visit are September to February.

The temple faces East direction and it has a 3 - tier raja gopuram. Renovation of the temple is done in 2012 and made changes to Garbhagudi and flouring was made by granite stone.

Jamadhagni Bagawan's hermitage was near this Kona, and he was worshipping the god Surabeswara, and doing tapas (penance) there. One day, his wife Renuka Devi went, very early in the morning, to the river Gundlacama to bathe, and fetch water for her husband's sacrificial rites. She was accompanied, as was her wont on such occasions, by a female slave of the chuckler (leather-worker) caste, as a sort of bodyguard and attendant. While she was bathing, the great warrior Karthaviriyarjuna with a thousand arms happened to fly across the sky on some business of his own, and Renuka saw his form reflected in the water, and was pleased with it in her mind. It must be mentioned that she never used to take any vessel with her to fetch water, for her chastity was such that she had power to roll water into a pot-like shape, as if it were wax, and thus bring it home. On this day, however, she failed to effect this, try what she might, and she was obliged to return home empty-handed. In the meanwhile, the sage, her husband, finding that his wife did not return as usual, learnt through his ‘wisdom sight’ what had happened, and ordered his son Parasurama to slay his sinful mother. Parasurama went towards the river accordingly, and, seeing his mother returning, aimed an arrow at her, which severed her head from her body, and also similarly severed, with its unspent force, the head of the chuckler woman who was coming immediately behind his mother. Parasurama returned to his father without even noticing this accident, and when his father, pleased with his prompt obedience, offered him any boon, he prayed for the re-animation of his mother. Jamadhagni then gave him some holy water out of his vessel, and told him to put together the dismembered parts, and sprinkle some water over them. Parasurama went off in great delight and haste. As it was still dark and early in the morning, he wrongly put his mother's head on the chuckler woman's trunk, and sprinkled water on them. Then, seeing another head and another body lying close by, he thought that they belonged to the female slave whom he had unwittingly killed, and he put them also together, and re-animated them. He was extremely vexed when he found out the mistakes he had committed. But as there was no rectifying them without another double murder, he produced the two women before his father, and begged to be forgiven. The sage finally accepted the person with his late consort's head as his wife and granted to the other woman the status of an inferior deity, in response to her prayers, and owing to her having his wife's body. This was the origin of Mathangi.

It is an Ancient and Historical Temple, the exact the temple was constructed remains Unknown.

The Ooty of Andhra Pradesh