The main deity of this temple is Gavi Gangadhareshwara Swamy, who is an incarnation of Lord shiva and here idol is facing in West direction. Here deity Shiva Lingam represents the monolithic style of architecture. 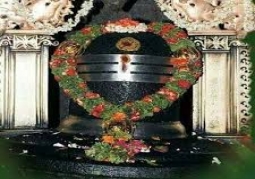 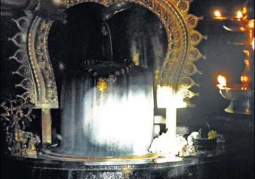 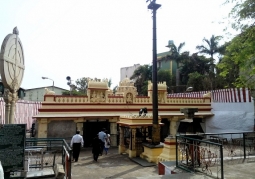 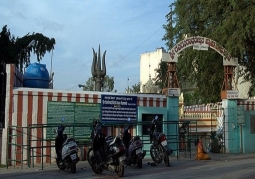 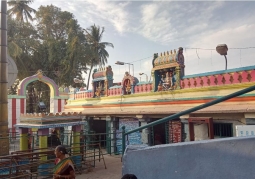 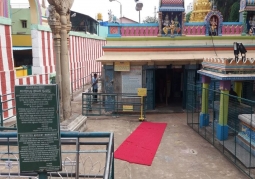 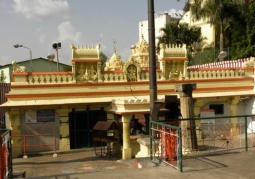 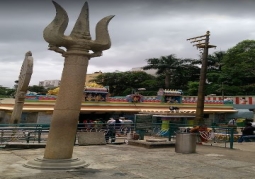 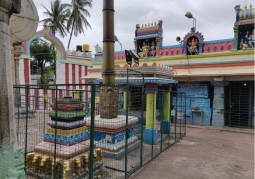 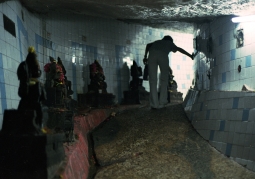 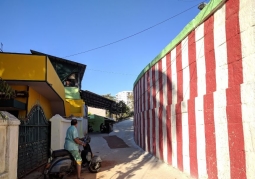 The main deity of this temple is Gavi Gangadhareshwara Swamy, who is an incarnation of Lord shiva and here idol is facing in West direction. Here deity Shiva Lingam represents the monolithic style of architecture.

Gavi meaning cave and a representation of Shiva as Gangadhareshwara (dhara meaning adorning and eshwara meaning divinity). Thus, Gavi Gangadhareswara means the Cave of the Lord who adorns the Ganga. The name of the locality, Gavipuram (puram meaning dwelling or settlement), too draws its name from the cave temple. the temple facing South-West direction and built in Vijaya Nagara Style of architecture. The two Shikaras of the temple are said to have built during the period of Kempegowda and The inner sanctum of the temple is situated inside a cave carved out in the rock and has a tall Shivalinga. In the cave temple the presiding idol, a Shiva linga is surrounded by several smaller deities and sages, and the two pradakshine (circumambulatory) paths. Another statue of Nandi faces his master and there are also entrances into two secret tunnels which according to legend lead to Shivaganga and Varanasi.

Past 225 years, new walls and enclosures were constructed, the three arch-like structures are now enclosed inside the temple and most importantly, there was no longer a window on the Western wall of the temple. The outer Mandapam of the temple features fourteen pillars in Vijaya Nagara style. The granite pillars situated in the forecourt of the temple and two of the pillars support huge discs that represent the sun and the moon (Suryapana and Chandrapana) each consisting of a massive disc atop a supporting pillar, like giant stone lollipops. Engravings of sitting bulls on the discs face each other. The discs are identical in size and have a diameter of about 6 feet. Grooves cut into the discs are at right angles to each other, on both faces, giving them the appearance of a sniper rifle’s crosshairs. The other two pillars have a trident (trishul) and a two-headed drum (damru), representing the two significant possessions of Lord Shiva. The outer mantapa of the temple features fourteen pillars in Vijaya Nagara style. A steady, thin stream of water always flows through the cave, next to the main idol built by Granite, and the temple was cut out from a natural monolith rock.

According to local legend, Kempegowda was imprisoned by Rama Raya. He suffered imprisonment for five years. When he was released, he constructed this temple to show his gratitude. The history of the temple dates back to the 9th century. It is believed that the temple was cut out of a rock in the 9th century. It was used by the great sage Gowthama to perform penance. Later in the 16th century, Kempegowda-I, the founder of Bangalore, revamped and extended the temple.

The Nandi idol measures about 15ft in height & 20ft in length

This famous, venerable Hindu temple with ornate, colorful details is dedicated to the Pandavas

Built for the Lord Shiva during the Chola period, this Hindu temple features carvings of deities

This temple is more than 800 years old

It was constructed in rich Chola temple architecture style

A portrayal of Bravery and Dexterity

Dedicated to our Father of the nation, Mahatma Gandhi

One of the oldest lakes in the city

Promoted as the Lal Bagh of the North Bangalore

Gene pool of the endangered species of wild animals