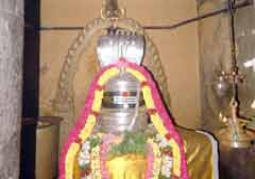 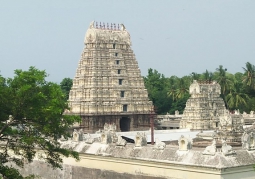 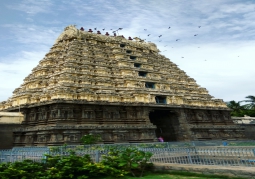 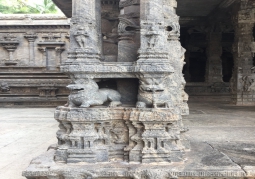 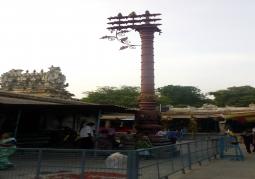 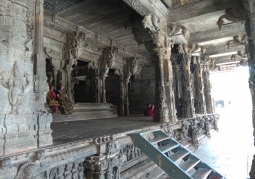 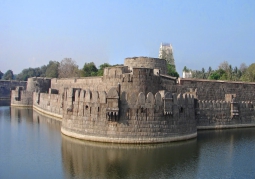 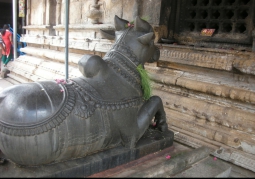 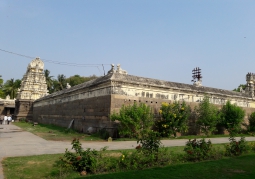 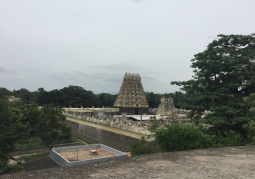 Jalakandeswarar Temple faces East direction with South Entrance. Lord Jalakandeswarar was installed in a place surrounded by Jalam (Water), Hence it is named as Jalakandeswarar. Temple has a Dhwaja Stambham. This temple is a combination of Vijayanagar and Dravidian style of architecture. Jalakandeswarar Temple has a 7 tiered gopuram with intricate carvings, large wooden gates and it is sculptured with iron like lotus flowers. Raja Gopuram was built in 1566 AD. The structures in the courtyard on the outer prakara include the lofty Gopuram on the southern side which is the entry point to the temple. Entrance of inner prakaram is through a three tiered gopuram. Inside the Garbha gruha main deity Jalakandeswarar is seen in Linga form with Rudraksha mala mandapam above him.

The inner Prakaram of the temple and the inner fort were built by the Sambuvarayars during the 13th century, This present form of the temple was built during the reign of Vijayanagara King Sadasivadeva Maharaya during 1540 - 1572 A.D. To the outer walls of Amman sanctum one can get the darshan of Vinayaka, Madeswari, Vaishnavi, Varahi,Lakshmi and Saraswathi. From the inscriptions,it is known that the temple construction began in 1274 A.D.

A chieftain called Bommi Reddy constructed this temple for Lord Shiva as he was guided by Lord in his dream. There was an ant-hill in the place where the sanctum sanctorum of Jalakandeswarar exists now. Rain waters in the lower levels of the ant hill formed a tank there. There was also a Shivalinga under the water of the tank. Lord Shiva appeared in the dream of a chieftain Bommi Reddy who was ruling the region and asked him to build a temple there. The chieftain went to the tank, demolished the ant-hill and took out the Shivalinga and installed the Lord in the water itself. This Temple was Built From 1274 A.D. and Renovated in 16th century. The temple was Built by the chieftains Bomma Reddy and Thimma Reddy in the Vijayanagara dynasty. For this Temple Sambuvarayars were also Contributred.

The temple flourished well up to the invasion of Mughall period. During this period, devotees out of fear shifted Siva Lingam to a nearby place Sathuvacheri, Vellore town. All these years there was no deity in the temple.With efforts of many devotees, Siva Lingam from Sathuvacheri was shifted to Vellore and installed once again on 16th March 1981.