The main diety of this temple is Sri Vedagiriswarar is swayambumurthy and is an incarnation of Lord Shiva facing East direction. 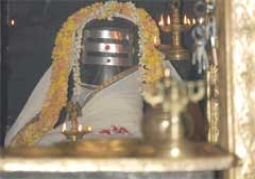 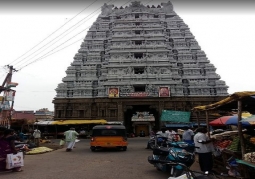 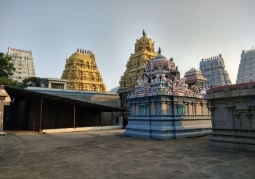 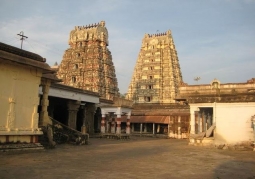 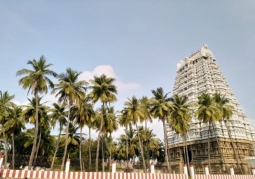 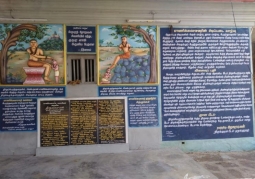 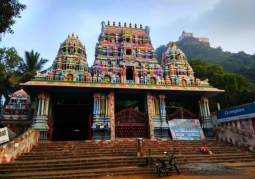 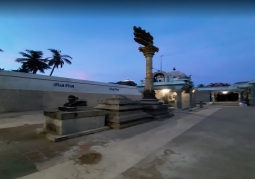 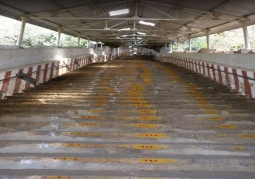 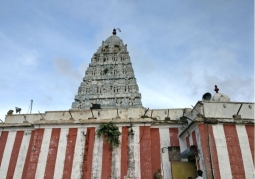 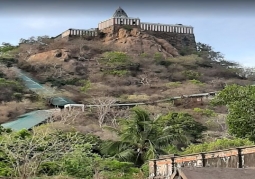 The main diety of this temple is Sri Vedagiriswarar is swayambumurthy and is an incarnation of Lord Shiva facing East direction.

Lord Sri Vedagiriswarar resides at the top of Hills. The four Hills - nothing but a grouping of the Four Vedas - requested the Lord to be present on the top. This is the traditional description of the Lord of the hills so, he is called Vedagiriswarar. The temple has a 7- tier rajagopuram facing east direction and has a four towers (gopurams) in all directions. Sangu Theertha praised as Markandeya Theertha and it produces a conch even now once in 12 years. There are 12 Theerthas (sacred springs) around the hill named as Indira, Shambu, Rudra, Vasishta, Meignana-true wisdom, Agasthya, Markandeya, Kausika, Nandhi, Varuna, Akalika and Pakshi theerthas.

Two sages Poosha and Vruddha performed penance on Lord Shiva seeking Sharoopa status. Lord modified their demand and granted the Sayujya status and promised elevation to Sharoopa later. The sages refused to accept the offer and were adamant on their demand. Angry Lord cursed them to become eagles. Since then they are in this hill known as Shambu and Aadhi and are worshipping Lord with the Pakshi Theertha they had created. It is believed that these eagles use to bathe in Rameswaram, eat in Kazhukundram and stay at Kasi each day. The feeding of the eagles is going on for thousands of years. King Suraguru, to whom Lord granted darshan was instrumental for the creation of this sacred place, says the history. Appar, Sundarar, Manickavasakar & Thirugnanasambanthar are the four Nayanmars visited the temple complex and composed hymns in praise of Vedagiriswarar. A shrine, Nalvar Koil, is dedicated to them. Arunagirinathar composed many of his hymns of Thirupugazh in Thirukazhukundram.

Temple was 1000 years old and contributed by many kings from Chola dynasty,Pallava dynasty. The Lord of the Hill Temple, has been praised in song and verse by the four great Tamil Saints - Thirugnana Sambandar, Thirunavukarasar, Sundaramurthi Swamigal and Manickavasakar. Other saints who have immortalized the magnanimity of the presiding deity in marvellous verse are Pattinathar, Sri Arunagirinathar, Sri Ramalinga Vallalar, Chidhambara Swamigal and Anthagakavi Veeraragava Mudaliar. King Suraguru had Lord’s darshan. Sage Markandeya blessed by Lord of Kasi (now Varanasi) came to this place and performed abishek to Lord when a conch appeared in the abishek water.