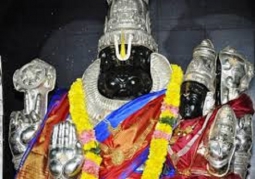 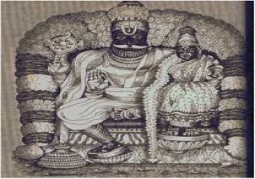 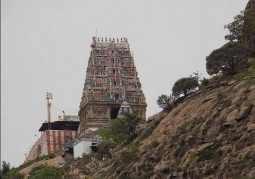 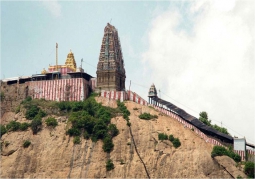 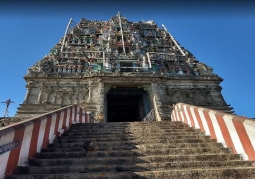 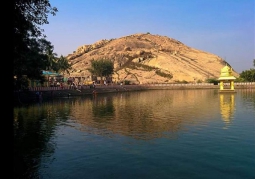 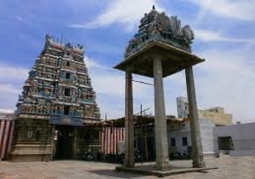 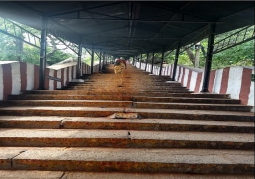 Lord Narasimha appeared before Sapta rishi and blessed them with Mukti. It is said that Lord appeared for a span of 24 min. Hence, the hill got the name Kadigachalam, where Kadigai means 24 mins and Chalam means hill. Temple is built in Dravidian style of architecture. This is a small temple with a North facing Raja Gopuram (Main tower) consists of 5 storeys and 7 kalasams. It is known from the inscription that the temple is an ancient one consisting of 7 Mandapams and a Unjal Swing Mandapam. The temple tank is known as Takkan Kulam also known as Brahma theertham. It is round-shaped and is a very big tank. The main walls of the tank are made of massive granite blocks.

Lord Vishnu, after slaying the demon, Hiranyakashipu, In the Narasimha avatar reached this hill to bless the Saptha rishis, who were doing penance at the Kadikachalam hill. The Sapta (seven) rishis are: Vasistha, Kasyapa, Athiri, Jamadagni, Gautama, Bharathwaja and Viswamitra. They did penance at this hill for a Kadigai (24 minutes), prostrating before Lord Narasimha. Lord Narasimha protected his devotee Prahalada after slaying demon Hiranyakashipu and reached here straight from Ahobilam (in Andhra Pradesh) and granted moksha to these Maharishis.

Swamy Dhottachar used to worship Lord Varadaraja Perumal of Kanchi on the third day of Brahmotsavam every year. Once he was not able to visit Kanchi and thus missed the seva. The worried Dhottachar offered prayers to Lord Varadharajar sitting on the banks of Brahma Theertham at Sholinghur. Lord Varadarajar of Kanchi, Pleased by the prayers of Swamy Dhottachar, appeared before him on Garuda Vahanam (Mount). This incident resulted in a ritual called Dhottachar Seva performed on the third day of Brahmmotchavam at Kanchi Varadarajar temple even now. Sage Viswamithra meditated here for a Kadigai and obtained the Brahma Rishi title. Kadikachala Kshetra Mahatmiyam is described in Brahma Kaivartha Purana. This temple has built in 14th century by Vijayanagara Kings. This temple is renoevated in 2010.